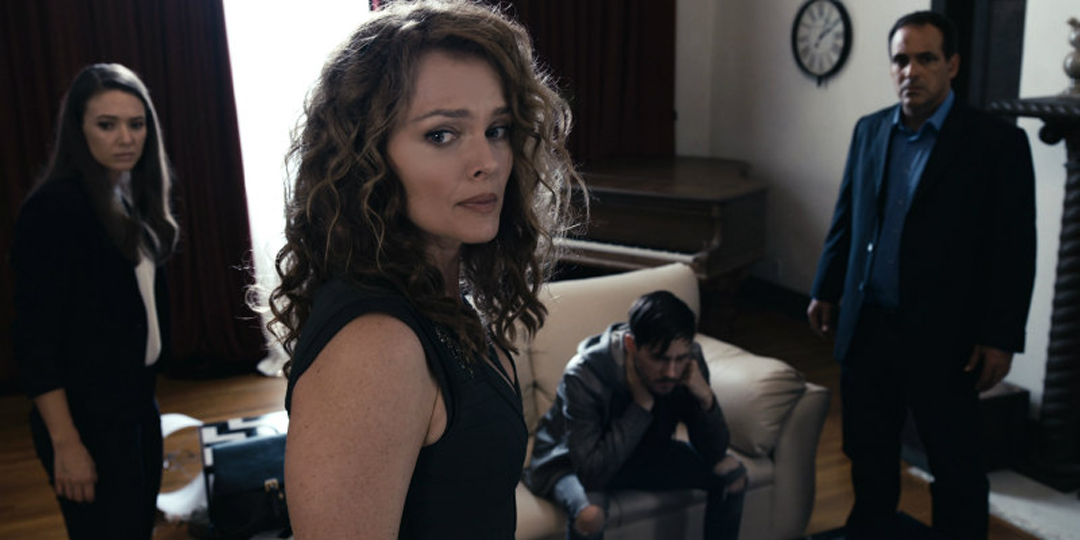 FacebookTwitterEmail
The Unwilling is making it’s way to Home Video in May!
Dina Meyer stars opposite David Lipper (Dantes Peak), and Lance Henriksen (Aliens) in this creepy thriller directed by Jonathan Heap.

David Harris (David Lipper) is normal in almost every way, but has to fight through a crippling obsessive compulsive disorder, brought on by his abusive father during his childhood. His OCD forces him to repeat movements and phrases and confines him to the safety of his home.
Following his father’s death, David’s estranged relatives arrive to hear the reading of the will in anticipation for their piece of the fortune. They are surprised by the delivery of a “Lovecraft” style antique box instead. The box takes hold of their inner most desires one by one and entices the dangerous behavior that ensues.
Will they last through the night or be wishing they never gave into temptation?

The Unwilling was shot by Oscar and Emmy winning Cinematographer David Stump, and will be available on DVD and VOD on May 1 and can be pre-ordered on AMAZON
Click here for  TRAILER and PHOTOS
6 2907

So fun! Glad you enjoyed the panel. ❤️