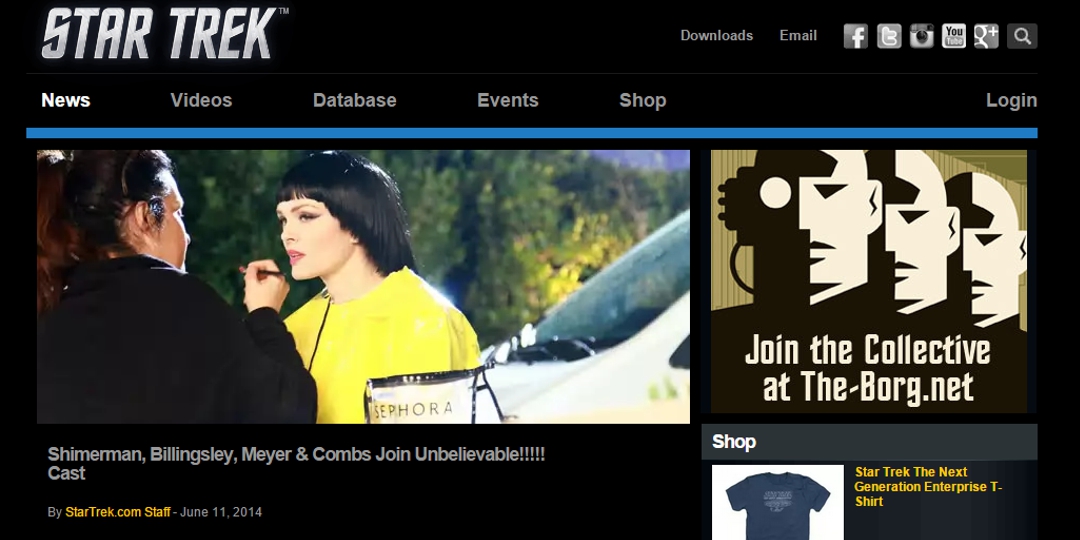 The upcoming sci-fi comedy spoof Unbelievable!!!!!, which is already brimming with familiar Star Trekactors, has added John Billingsley, Armin Shimerman, Jeffrey Combs and Dina Meyer to its cast.
Angelique Fawcette, who co-stars in the film and is an executive producer, provided StarTrek.com with several exclusive behind-the-scenes photos of the film’s newcomers; she also promised that more Trekstars and more photos are on the way.

“We are so extremely excited and grateful to have all of these amazingly talented Trek actors and actresses in our film,” Fawcette told StarTrek.com. “We really hope that our movie Unbelievable!!!!! will be a lot of fun for the Trek fans, as we have made it with Trek fans in mind, as we are fans ourselves. So many of our actors usually get cast in dramatic roles, and so it has been out-of-the-box hilarious to see them in this different light.”

Here’s the link you want me to add

25th ANNIVERSARY EDITION!
Would You Like to Know More?